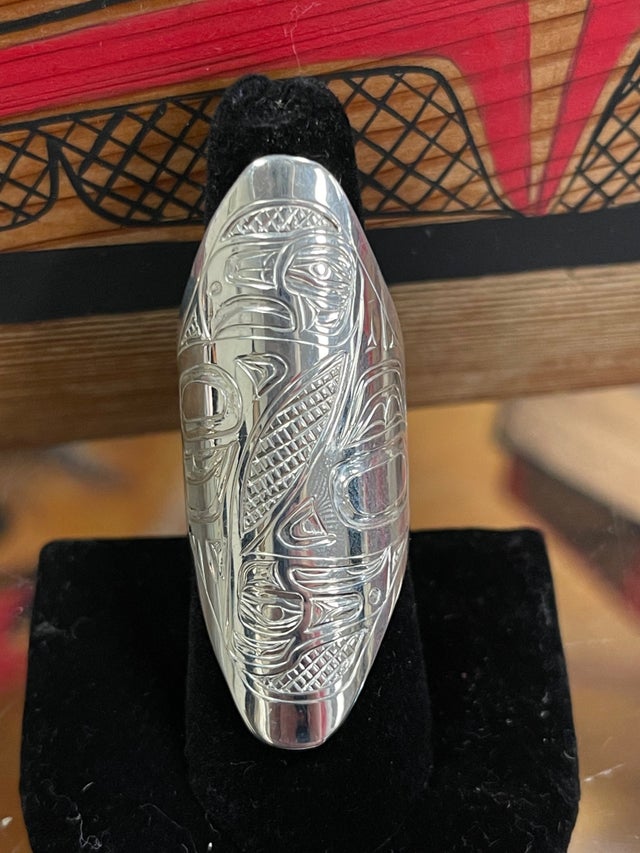 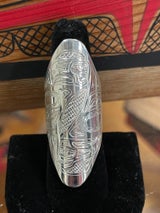 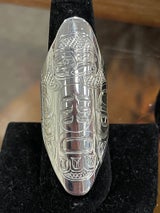 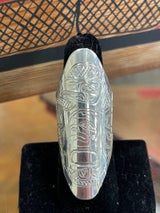 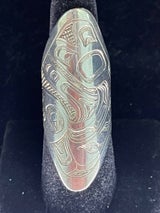 Doug Chilton, Yaa nak.ch, is a Tlingit Indian. He is of Raven moiety, Yeil, and a member of the Deisheetaan (Beaver) Clan, and is from the Raven House, Yeil Hit of Angoon , Alaska . Doug was born and raised in Juneau , Alaska and carves primarily in silver, gold, wood, ivory, bone and soapstone. Doug’s designs are Tlingit style and are traditional in form.

In 1979 Doug began his wood carving apprenticeship under Ray Peck, also a member of the Deisheetaan (Beaver) Clan of Angoon, and an established carver of totemic and panel carvings. Later Doug began working under the direction of Walter Bennett, also a local well known carver. In 1990, Doug began to work with silver and gold engravings, under the watchful and expert eye of his brother, Gene Chilton, Sgunax yaa. Doug has since begun developing his skills independently. All of his works-of-art are original. Each totem, mask and plaque are all unique treasures. Doug takes great pride in continuing his Tlingit ancestral art.

Sold out
Add to Cart