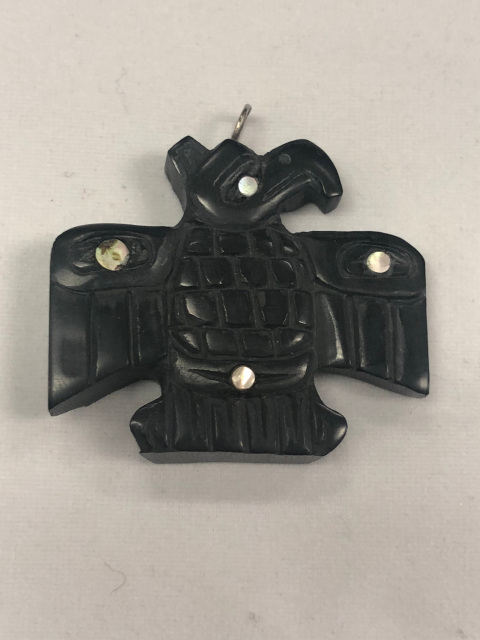 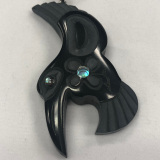 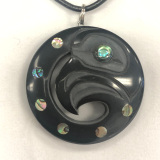 The Haida carvings of (Haida Gwaii) along the coast of British Columbia are notable aboriginal art treasures created from a type of a hard, fine black silt argillite, sometimes called "black slate". The black slate occurs only at a quarry on a Slatechuck Mountain in the upper basin of Slatechuck Creek, near the town of Skidegate on Graham Island. At one time, around 1900, it was shipped to Victoria for manufacturing; today the Haida have a monopoly on use of the argillite. This artwork has been of high quality and prized around the world since the Haida first began carving it to sell to sailors around 1800; modern Haida carvers continue the tradition. (cite Wikipedia)

Each of these pieces are inlayed with Ivory, Mamoth Ivory and/or Abalone